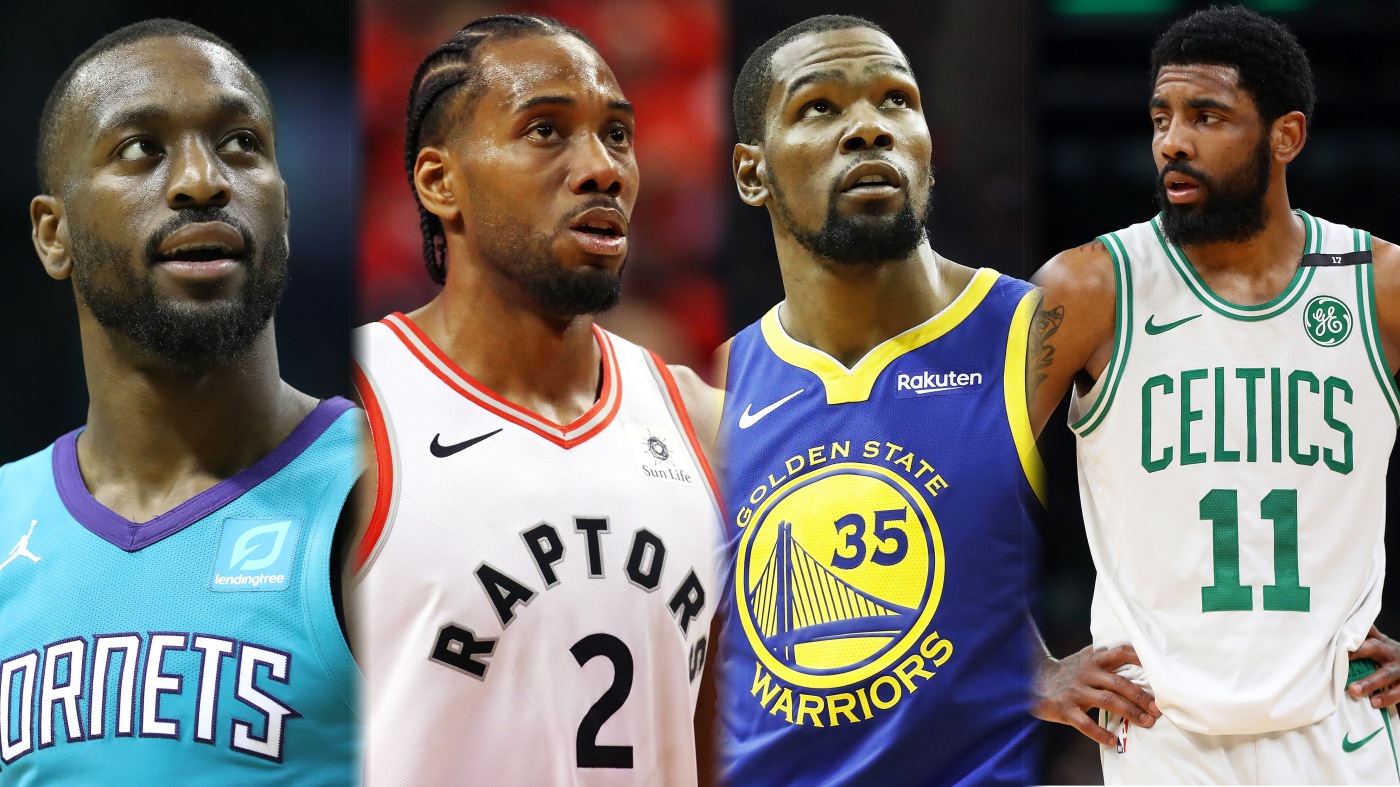 Last night was the “official” (more on that later) start of NBA free agency and it was a wild one. We’ve known for a while now that this was set to be one of the biggest free agent summers of all time and with 40% of the league looking for a new contract there were some big names on the move.

Once again the league’s stance on tampering was proven to be an absolute joke as contract details starting leaking one after another and on the strike of 11pm (GMT) Woj started dropping the bombs.

The tweets go on but the take home message is that these contracts are being negotiated months in advance of this date and the league needs to embrace it and start free agency right after the draft finishes. Anyway enough of that. Lets look into the big moves of the night.

Kyrie and KD to Brooklyn

The masterplan came to fruition. Rumours of KD and Kyrie wanting to play together had been flying around but most thought Madison Square Garden was the likely destination. Other than Kawhi these two make up the most high value targets available and for the Nets to grab both of them is one hell of a coup. From the lows of trading away an entire future for the shell of a Boston championship roster to controlling the future of 2 of the top 10 players in the entire NBA. Even with KD likely out all next season Brooklyn are poised to be a real contender for years to come. Lets just hope a year of Kyrie being the lone star with a collection of talented youngsters *cough*Boston*cough* doesn’t leave the locker room broken beyond repair before KD even puts on a jersey in competitive action.

This one hurt. To lose a player like Horford is one thing but to loose him to arguably the Celtics biggest rivals over the last few years really sucks. To be fair to Al he got PAID! by Philly. Four years for $109 million is tough to turn down for a big man in his 30s. For Philadelphia, although expensive, its a great get. One of the only players who has been able to guard Joel Embiid now plays on the same side. It should also allow Embiid to rest during games without the 76ers immediately haemorrhaging points. Philadelphia also answered the Harris vs Butler question by offering a max deal to Tobias Harris and facilitating a sign and trade with Miami to send Jimmy Butler to Miami. Whether Harris is the more talented of the two guys is debatable but I think Philly sees him as the lesser headache fit-wise. Picking up Josh Richardson was also nice and allows Philadelphia to put an enormous starting five with three guys over 6’10”.

Man does he look good in green. I am all in on Kemba being the answer in Boston. Now haters will tell you that Kemba is a slightly smaller, slightly worse on offence, slightly worse on defence, slighty older version of Kyrie Irving. These people need to shut up. It sounds crazy compared to how I felt when Boson got Kyrie but he was a disaster for the Celtics. His personality never fit and I really think the locker room is glad to see him go. Kemba on the other hand is the ultimate team guy. He’s gonna need the ball in his hands like Kyrie did but I have convinced myself it will be different this time, all high fives and smiles. If Tatum and Brown can shake off the stench of last year and Hayward can keep moving in the right direction this will be a competitive team. They still have questions to answer like how to re tool a front-court that no longer has Baynes or Horford but there is still a little bit of money available and time to find those answers.

In the mean time you can find me watching this on repeat.

I don’t even want to go into it out of respect for New York fans but lets just say it didn’t go entirely to plan. It was all going to be so simple,

If you know a Knicks fan today is the day to give them a hug. They’re going through a rough spot right now.

Sorry that one was my bad. I shouldn’t have done that. Please ignore the above picture if you support the New York Knicks basketball team.

With day one in the books the league now waits for news on the future of the reigning finals MVP. Reports are increasingly suggesting its between Toronto and the Lakers. With reports of meetings taking place this week don’t expect to hear anything for a few days. The league waits on the king maker Kawhi to pick his new kingdom.

This site uses Akismet to reduce spam. Learn how your comment data is processed.